‘Beauty and a steely resilience encompassed in the writings from her soul that sends shockwaves’ is a perfectly valid description that sums up Rupi Kaur.

It’s undoubtable that you’ve scrolled past her poetry on your Instagram or Tumblr feed, her words hit you right in the feels on those nights when you feel alone, heartbroken or you’re just up in your feels at 3am.

The 26 year old literary artist is the definition of how staying true to your most authentic self and expressing that through art can create a meaningful career. Her work displays how strength can be born from brokenness with her topics include sexual assault, the struggles of misogyny faced by women of colour, feminism, self esteem, relationships, femininity and depression and has birthed her a flourishing career as a successful poet having even performed a TED talk of an empowering piece on her experience surviving sexual assault when she was younger.

She’s not afraid to touch on the darker topics people would rather brush under the carpet. Which aids her ability to shine light on taboo topics through her literary gift  results in touching humanity, uniting a community together who gather to see her perform in venues across the world. She’s performed in England, New Zealand, Australia, across numerous states in America and of course, her native Canada.

Rupi was born in Punjabi, India and then later immigrated to Canada as a child then eventually settling down in its capital Toronto. She started out writing poetry during her childhood and would write poems to her friends in their birthday cards and to her middle school crushes. At university, she studied rhetoric and professional writing at the University of Waterloo in Ontario, Canada.

From 2013, she started posting her poetry online on the microblogging site Tumblr and then began posting on the visual social media platform Instagram in 2014.

Her notable posts feature a poem often written in prose accompanied with a simple hand-drawn illustration underneath. Later that year she took the plunge to self-publish her debut book Milk and Honey which went on to sell 2.5 million copies and be featured on the New York Times’ Bestsellers list for 77 weeks. 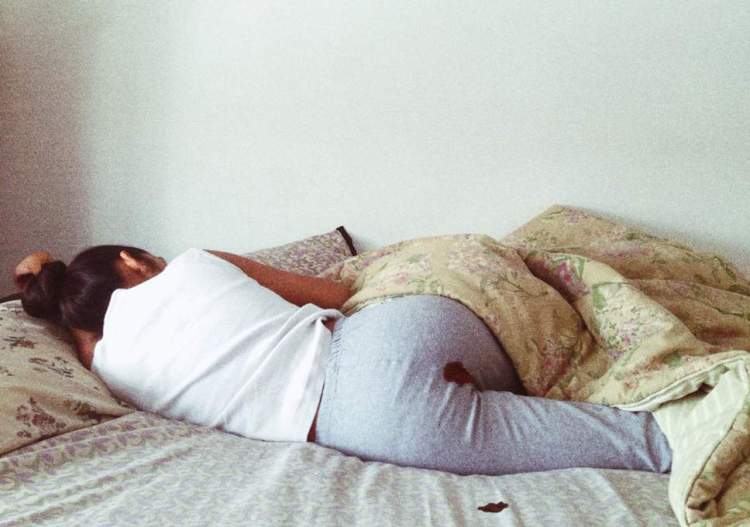 Now, she has amassed over a million followers on her Instagram page. She’s someone unafraid to challenge society’s perceptions, initially having reached viral fame in 2015 for posting a photo of her period having leaked through her grey bottoms whilst lying on a bed as part of her college art project. The bosses at Instagram removed her image as they believed it was inappropriate which caused a spur of controversy towards the social media site as it promoted stigma towards a woman’s natural bodily functions.

Earlier this year she released her second collection of poetry, The Sun And Her Flowers which also topped the New York Times’ Bestsellers list.

In a interview with CBS This Morning earlier this year, Rupi said in response to critics saying her poetry is too simple “It is simple, it is simplistic. That’s very purposeful from my end. I want readers to open up this book and start the poem, from beginning to end I want the reading experience to be simple. But when they finish that poem, I want their stomach to turn and then I want for them to sit with that emotion and really work on that.”

There’s a beautiful concoction of naked vulnerability and hopefulness within her work that without a question, evokes a strong emotional response from her readers and  is clear to see in the thousands of people that she attracts to her shows across the globe. She’s a force to be reckoned with because she teaches all of us that we can truly make gold out of our painful pasts.

Listen to Espire21: The Podcast

If you’re looking for a sign to start that thing you always wanted to do - this is it. #inspiration #motivation #empowerment #passionproject #goodvibesonly #vibes #personaldevelopment
This is a reminder of how stronh and delicate we can be as women. Being vulnerable and emotional yet fierce is a strength like no other that we need to applaud ourselves for having as women. We own that shit 💪🏾 . . . . . . . . . #femaleboss #girlboss #girlpower #personaldevelopment #empowering #bossbabe #arianagrande #mentalhealth #feminism
It’s an undisputed fact that you are the only one who’s going to be able to fulfil your needs and give yourself the very best - so make it a priority 💖
Today’s queen we’re stanning for is the beautiful @iamreginaking who’s consistence and persistence over the years has earned her the accolades she has today! 🌟
Hey you! Here’s some #FridayMotivation and a #DailyReminder for you! It’s okay to not have everything figured out, just pour into what you’re gifted in and what makes your heart feel good and the rest will figure itself out in time, I promise💖 Head over to Espire21 for more inspiring content (link is in the bio!)